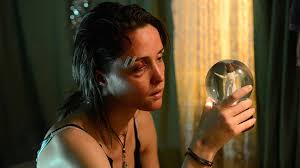 As conceptually audacious a work as has emerged from the Australian film industry, three-hour adaptation of beloved Aussie author Tim Winton’s thematically linked 2004 short story collection The Turning reps a contemporary triumph of outside-the-box narrative filmmaking from vet multi-hyphenate visionary Robert Connolly (Balibo, Underground: The Julian Assange Story). Leaping out of the gate September 26 with an impressive AU$13K-plus per-screen average in limited release across the country, pic is at once a culturally resonant look at contempo Australian life and an event-sized attraction for fests and specialty distribs worldwide.

These kinds of works used to be called portmanteau films—that is, a collection of shorts grouped around a theme and/or location a la 1963’s Paris Vue Par.. and 1989’s New York Stories. Winton’s book, which the author describes in the booklet accompanying the film as “a kind of bruised middle aged puzzling,” is composed of 17 stories with intertwined narratives and characters set against the Western Australian coast. Principle protag is Vic Lang, his parents Bob and Carol, Vic’s long-suffering wife Gail, and unrelated brothers Max and Frank.

The twist here, and it is an inspired one, is that Connolly has liberated the filmmakers, including confident turns by debuting thesps-turned-helmers Mia Wasikowska and David Wenham, to cast whomever they please in the principle roles. Thus, Richard Roxburgh is amongst the eight actors playing Vic at various points in his life, whilst Cate Blanchett is one of three to essay Gail and Hugo Weaving pairs off with Dean Daley-Jones as Bob.

The effect is simultaneously challenging and invigorating, providing the viewer authentic visual interpretations of Winton’s distinctly Australian voice. Vignettes from the character’s lives ebb and flow like the surf, revealing the kinds of life choices and dilemmas distinct to life Down Under. Marieka Walsh’s evocative animation begins the journey, and legit helmer Yaron Lifschitz’ wordless dance interlude is influenced, as is all his work, by the physical movement of the circus.

Blanchett and Roxburgh co-star in pic’s most laugh-out-loud segment, whilst Weaving’s perf might be viewed as a logical extension of his ominous turn in Ivan Sen’s recent Mystery Road. Under Wasikowska’s sure hand, first-time Matthew Shanley is memorable as the young, increasingly obsessive Vic.